What Is the Internet of Things (IoT)?

We know you’ve heard a lot of discussions about the internet of things (IoT). Here’s how IoT works, in a simple definition.

Such connected devices (think retail POS machines, GPS tracking units, mobile advertisements in taxi cabs) are considered a part of an IoT network when they communicate back and forth with a central hub.

SIM cards and radio technology in these devices which enables these devices to connect to a cellular network and communicate with a central hub. This opens up endless possibilities for technological solutions that can function without human-to-device interaction.

If you’re reading this post from your phone, computer, or tablet, odds are you’re currently using IoT software. If you drove somewhere today or took public transportation, you most likely relied on IoT technology.

Here is a simple example:

Car manufacturers use IoT technology to keep improving the safety and functionality of features in the car. When the car is manufactured, SIM cards and sensors are placed in the car. When you drive in your car, messages can be sent to the manufacturer's central hub. The central hub collects that data, helps it understand the performance of its vehicles and interpret patterns with real-world events. 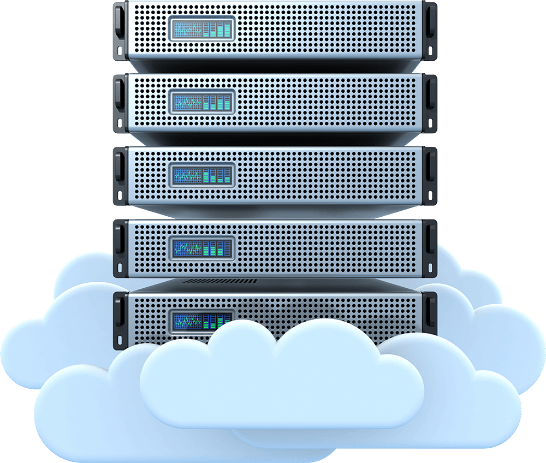 What Is an IoT Platform?

Like we’ve mentioned, IoT devices are connected to a centralized system. Devices in an IoT network pass data to the central hub, such as a device location, temperature, and even the metrics or values from a medical test. The hub stores, analyzes and interprets this data. Then, it decides which information is relevant and how to respond to it. To decide how to respond, the platforms need to detect patterns, compare those patterns to previous circumstances, and identify the proper solution to match the data.

The term IoT platforms, can also be used to describe dashboards or portals that report on IoT cellular data insights. SIMON IoT customers can view all data passed through the hub via the IoT portal, which serves as a database for all device activity, data usage, and allows users to remotely activate and manage their connected devices.

What Is an IoT Sensor?

IoT sensors track information such as location, humidity, and temperature. They are able to measure a physical phenomenon and transmit that into an electrical signal. They are integral in receiving the information that the IoT platform can analyze and respond to.

For instance, in a smart home system an IoT sensor could detect that the temperature in your home rose from 67°F to 73°F. Or, in the case of a car, a sensor would detect when your tire pressure drops. In both these cases the IoT platform would use this information gathered by the sensors to determine what they transmit to other IoT devices. In the case of the smart home the IoT platform might be programmed to flag 73° as too hot. In that case, it would send a signal to the home’s thermostat to turn on the air conditioning.

What Is IoT in Different Industries?

Among today’s industries, there are a myriad of IoT applications and the list will only keep growing. Here are a few ways that certain industries are currently using IoT.

IoT health technology, including automation in healthcare, provides insights on patient wellness and opportunities for improvement. This information paves the way for improved patient health.

Healthcare IoT software can improve patient outcomes in a myriad of ways.

In addition to improving the patients’ health, these benefits and others contribute to cost-efficiency.

Like we just explained in our car example, manufacturing companies can use IoT to give them feedback on their products and allow them to improve their products for the future.

IoT applications can facilitate the production flow, since the technology can track inventory, monitor development cycles, and monitor warehouses. It’s also possible to eliminate the need for manual tracking of items, and improve supply chain management by getting meaningful estimates of available inventory, equipment locations, and expected deliveries.

What Is IoT in Our Personal Lives?

IoT can have a positive impact on our lives by the data and insights it collects about our behavior and surroundings. Through these IoT ecosystems, businesses are able to understand more about the users needs, product wins and defaults, and factors that affect their solution offerings. Application developers can better understand where their user base exists and how to meet the demand for a product in a geographic area. With this information these businesses can derive powerful insights that can save costs, cut expenditures, drive efficiency, and meet user needs.

Send us a quick message and a helpful human will get back to you with more information.

and become a part of our thousands strong IoT community